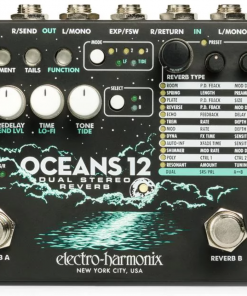 3 in stock (can be backordered)

The Rabbit Hole of Reverb Pedals

With its two simultaneous, independent stereo reverb engines, the Electro-Harmonix Oceans 12 is one of the most creatively versatile reverb pedals we’ve seen at Sweetwater. A total of 28 reverb modes cover everything from classic spring and hall reverbs to chorus/flanger reverbs, shimmer effects, and even polyphonic pitch shifting. And the stereo I/O scheme can be used for either true stereo operation or as mono I/O along with a mono send/return loop. Complete with a Tails switch that allows reverbs to decay naturally after you switch off the effect, the Electro-Harmonix Oceans 12 may be the dual stereo reverb your pedalboard has been waiting for.

28 total reverb modes to select from: 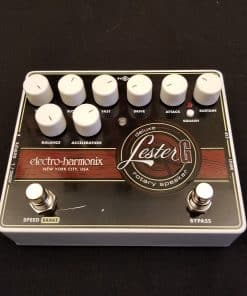