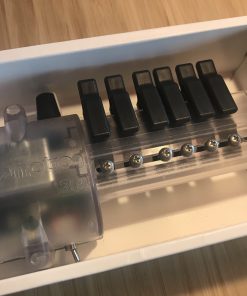 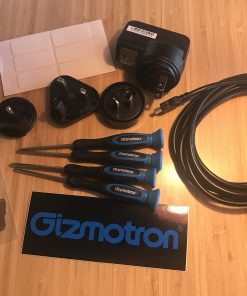 Originally invented in the mid-1970’s by Lol Creme and Kevin Godley of 10cc, the Gizmotron® was poised to revolutionize the guitar world with its promise of infinite sustain and the ability to create “authentic sounds of such stringed instruments as violins, violas and cellos”.

After years of development and great investment, the company originally licensed to manufacture the commercial version of the Gizmotron released the product to the public in 1979. Poorly engineered, unreliable, and suffering from various manufacturing problems, the Gizmotron did not live up to expectations and became an infamous commercial failure. After bankrupting the company, the Gizmotron disappeared into obscurity. The few remaining Gizmotrons sold to the public either fell into disrepair or were discarded.

In 2004, this long-forgotten device caught the attention of Aaron Kipness, who developed and manufactured restoration parts for the legendary Hohner Clavinet. In the nearly decade-long search that followed, Aaron managed to obtain a small collection of original Gizmotrons, all of them in various states of disrepair.

In 2013, Aaron assembled a small team of engineers to restore, reverse engineer, and ultimately design a new and improved version of the Gizmotron using modern materials and manufacturing methods.

Using original patent drawings and the units in Aaron’s collection as a reference, Aaron and his engineering team solved long-standing design problems with the original Gizmotron. Several innovations were made to the device to improve its sound, functionality and reliability. The end result is the Gizmotron® 2.0, a device which challenges guitar and bass players everywhere to re-imagine and re-define their place in the stringed instrument world.

The Gizmotron® 2.0 (US PATENT 9,997,144) delivers on the promises of long ago, offering guitar and bass players endless sustain, organic violin and cello sounds, and the ability to bow polyphonic chord arrangements. Being an entirely mechanical device, the Gizmotron® 2.0 offers nuanced touch-sensitive playing, where by applying pressure its rotating wheels, the player can control the timbre, attack and sustain of each note or chord.

Kevin Godley, co-inventor of the original Gizmotron®, fully supports our efforts to bring the Gizmotron back, and we are truly grateful for his blessing.

The Gizmotron® 2.0 was released on February 3rd, 2016, and is available directly from Gizmotron.com and from authorized dealers worldwide. 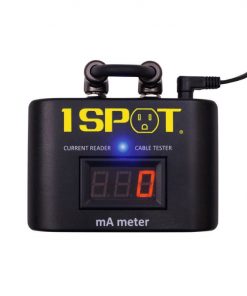