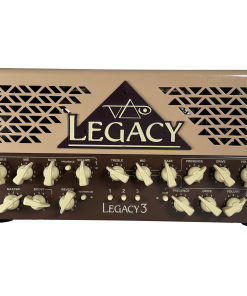 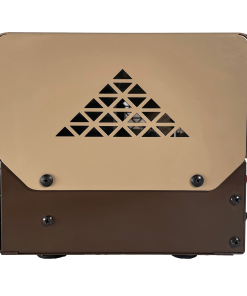 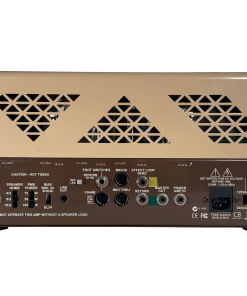 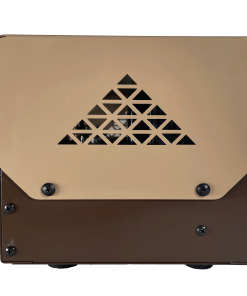 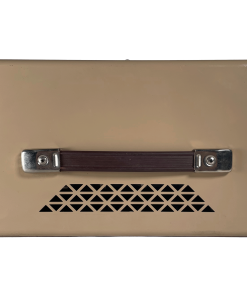 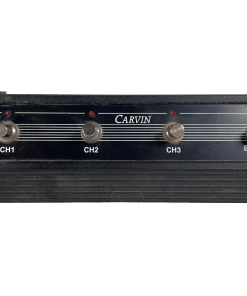 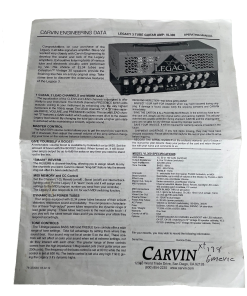 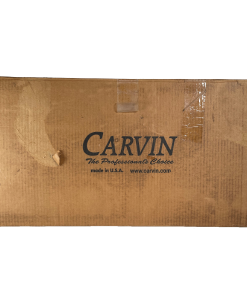 Despite being a fixture on the American guitar-manufacturing landscape since the ’50s, Carvin remains committed to making direct customer communication and custom orders the backbone of its business. While that practice is commonplace among boutique builders, it’s an anomaly for a decades-old company that counts high-profile artists—including Larry Coryell, Allan Holdsworth, Alex Lifeson, and Beck Hansen—among its customers and fans. And, in all likelihood, that attention to the player has a lot to do with the company’s ongoing relevance in a competitive marketplace.

One of Carvin’s most well-known and loyal customers is virtuoso Steve Vai. The wildly popular Legacy amp series he designed with Carvin has long been the crown jewel of the company’s amp lineup. Now, those forces have joined again for the newest evolution of the series, the 100-watt, 3-channel Legacy 3.

From Generation to Generation
Depending on what side of the fence you live on, the EL34-powered Legacy 3’s smorgasbord of features are either totally intimidating or a knob-tweaker’s dream. But if you fall into the former camp, you should note that the control array is actually pretty simple, given that it governs three channels.

The amp’s entire chassis is encased in a metal, cage-like cover, and for a 100-watt rig, it’s surprisingly easy to transport—it weighs only 29 pounds and measures a little less than a foot and a half from end to end. You can almost imagine Vai walking the boulevard, grasping the Legacy 3 in one hand and the monkey grip of his Ibanez JEM in the other.

Inside its handsome beige housing (it’s also available with a Vai green chassis cover for an extra $27), the Legacy 3 runs four 12AX7s in the preamp and four EL34s in the power section. The three channels come in one clean and two overdrive flavors, all of which can be selected from a trio of front-panel buttons, via the optional FS44M footswitch, or via MIDI. The inside of the chassis lights up in bright green, red or yellow, depending on the selected channel, and you can assign LED colors manually from a switch on the back panel.

The clean channel has a dedicated 3-band EQ and a presence switch, but the lead channels share bass, midrange, and treble controls. Fortunately, both lead channels have their own presence, drive level, and volume knobs, so you can shape gain independently for each. If you need extreme levels of preamp gain, there’s a switch for piling heaps of distortion onto the third channel’s already aggressive voice. All three channels share a digital reverb circuit that can be assigned it any or all of the channels. A boost control also lets you add an extra 6 dB to any channel, just in case you need a touch more gas.

The back panel features additional gizmos for shaping tone and response, including a bias switch for using the stock EL34s, a quartet of 5881s, or four 6L6s. For folks using the amp at home, in smaller clubs, or in the studio, there’s also a switch for knocking the output down to 50 or 15 watts. You’ll also find a cabinet-voiced lineout jack, a serial effects loop, and MIDI in and thru jacks, which can also store up to 100 patches. And, because the amp was designed with a player known for using rackmount processors, the Legacy 3 was also designed with an optional bracket system for use with road cases. 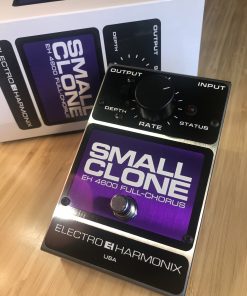