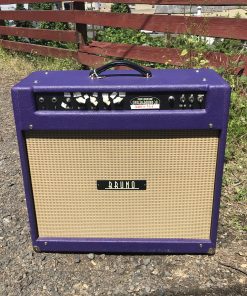 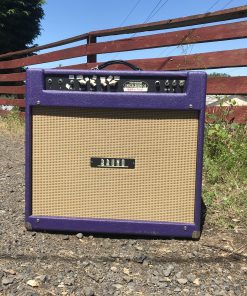 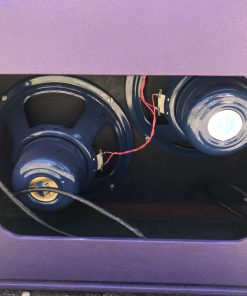 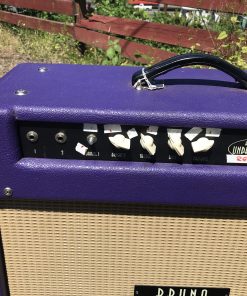 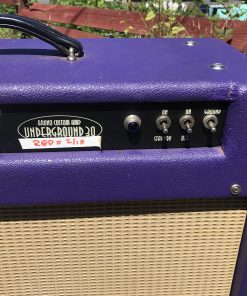 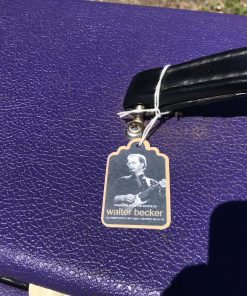 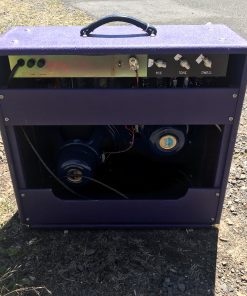 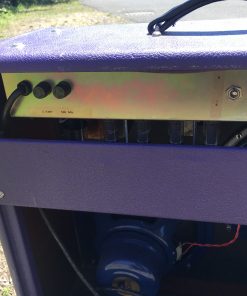 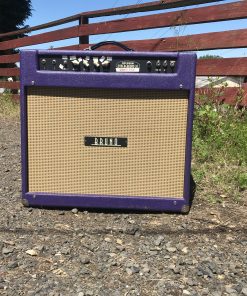 This wonderful amp was purchased at the Walter Becker estate sale by Julien’s Auctions and is in the exact condition that we received it.

It has Walter’s hand written markings in 2 colors and comes with the Julien’s hangtags.

Bruno Underground 30’s are typically known as improvements on the class A Matchless / AC-30 tone.

Vox Blue Bell’s supply the clean sparkles and reverb sounds glorious which is controlled via 3 knobs on the back.

The Bruno Underground 30 is one of the most coveted guitar amps in the world. It is an incredible sounding, hand-built masterpiece that has received rave reviews and awards from top musicians and guitar publications. This is an amp that must be heard and only then can you understand how an amp from a small boutique company could inspire such extraordinary endorsements.

The Underground 30 is a truly remarkable amplifier with superb clean and distortion voices mated with a vast tonal range, incredible dynamics and rich complexity. It’s beautiful clean voice has a silky chime that is deep, spacious and sensuous. The tone is really something very special. Crank it up and the Underground 30 screams with big mean ballsy tone mixed with exquisite upper-end sparkle, complexity and singing sustain. It sounds equally fabulous with either humbuckers or single coil pickups, layering sounds with lush harmonics while retaining excellent touch sensitivity and note articulation. (An almost impossible accomplishment in amplifier design that has taken Tony a lifetime to achieve).

The Underground 30 is available either with or without Tony’s Custom 3 Knob Tube Reverb System built in. This is the lushest, most spacious reverb system and has separate controls for reverb tone, reverb mix and reverb dwell. The tonal quality and flexibility of this reverb will astound you.

The Underground 30 features 36 watts of class A power from 4-EL84s, 3-12AX7s, and a GZ34 rectifier. Reverb models include 1 additional 12AX7s and 1 EL84 for the tube driven reverb circuit. The cabinet is constructed of solid pine for its sweet brightness and then fine tuned with a birch ply baffle for superb resonance. Finger-jointed construction is used just like the finest furniture which provides a very strong, extremely rigid, rattle free cabinet that will last a lifetime. Other features include premium tolex coverings, padded handles, heavy duty feet, stainless steel screws/bolts and chromed steel corners. Standard finishes are black, brown, dark green, red or cream with an Art Deco style control panel and aged Ivory “chicken head” knobs. It comes as a head, 1X12, and 2X12 combos. 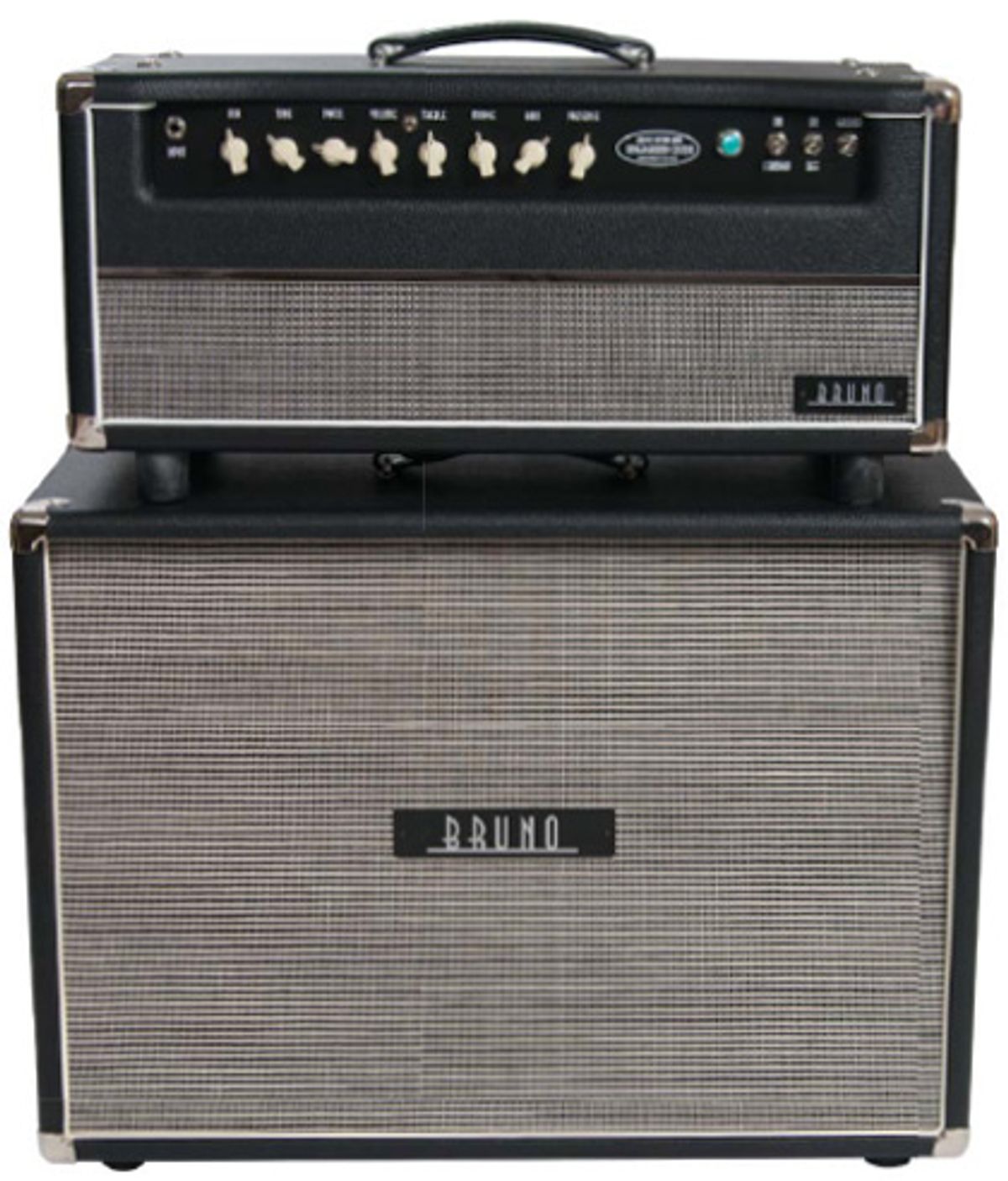 The Underground Custom is an evolution of the Underground 30 that incorporates different capacitors and resistors, adds a Mid control, and includes a negative feedback loop that re-voices the amp significantly.

While many collectors acquire guitars and amplifiers, Tony Bruno is constantly on the search for capacitors and resistors, both new-old-stock (NOS) and modern. Bruno keeps a library of these parts in the upstate New York shop where they become the guts of some of the most coveted boutique tube amps in the world today. Some of these amps—like the Underground 30, a mid-powered machine, and the Cow Tipper Pro II 22, a 22-watt, 6V6 blackface Fender-inspired model— have already become legend. Bruno’s reputation even led to a gig working with Vox on the design of new amps.

Bruno’s latest offering under his own name is the Underground Custom, an evolution of the Underground 30 that incorporates different capacitors and resistors, adds a Mid control, and includes a negative feedback loop that re-voices the amp significantly. The amp is the product of Bruno’s restless need to refine his work, and that drive has won over more than a few high-profile guitarists. One of Bruno’s most prominent fans is country superstar Brad Paisley, who set aside his beloved Trainwreck in favor of a new Underground for recording the leads on his forthcoming album, This is Country Music. Given this endorsement and Bruno’s work to date, we were super-psyched to review the amp.

Gorgeous and Stone Solid
The Underground Custom is one handsome amp. Our review model arrived clad in black vinyl (though the amp can be ordered in a variety of coverings), which contrasts nicely with its silver grille and white vintage-style chicken-head knobs. The Bruno also manages to combine Fender, Vox, and old Marshall styling cues without looking derivative. On the grille you’ll find an especially tasteful flourish, a simple Bruno logo in an art deco–style font that underscores the amp’s vintage aura and classy, upmarket feel.

Bruno spared little expense in building the impressively solid Underground Custom. The head’s chassis is made from heavy-duty steel and the cabinet is constructed from finger-jointed solid pine and 13-ply Baltic birch baffles, which discourage rattling and unwanted vibration. Both the head and cabinet have thick, padded handles for comfortable hauling.

Inside the Underground Custom, the handwired, point-to-point circuitry incorporates CTS pots and other high-end electronics. The tube sockets are made of ceramic, and everything is held together with stainless-steel screws and bolts.

The non-master-volume Underground Custom has a somewhat unconventional tube configuration—five EL84s and four 12AX7s. However, that extra EL84 isn’t for power, it’s a reverb driver. Like the Underground 30, the Custom features about 36 watts of class-A power. But unlike its predecessor, the Custom has a solid-state rectifier in place of a GZ34.

The Custom’s front panel is elegant and simple. At the far left is a single 1/4″ input, followed by three controls for the built-in reverb—Mix, Tone, and Dwell—that will be familiar to anyone who has used a standalone Fender Reverb unit. To the right of the reverb controls are the amp’s Treble, Mid, Bass, and Presence knobs, followed by a pilot light and the standard standby and on-off toggle switches, plus a ground switch. On the back of the amp are 1/4″ outs for 8Ω and 16Ω speaker configurations.

Positively Killer Sounds
I auditioned the Underground Custom head with a half-open Bruno cab equipped with two 12″ Celestion G12-65 speakers. Plugging a recent Gibson 1963 ES-335 Historic with factory Burstbuckers directly into the Custom, I was blown away by the amp’s power. Set on 2, it seemed as loud as other 30-watt models do at much higher volume settings.

Bruno says he conceived and voiced the Custom for lead playing. So I first tried some single-note lines in a variety of idioms, including blues-rock and modal jazz. The Custom did indeed impress in all these contexts, delivering a warm and spongy sound filled with blooming harmonics and uncommon definition and sustain.

The Custom offers a great deal of clean headroom too. Pushed past 5 or so, it growled richly, yet the sound was smooth and liquid. The amp was thrillingly responsive in this setting. And when I eased up on my pick attack, the sound cleaned up dramatically. It’s a touch-sensitive amp, to say the least.

Since Underground fan Brad Paisley is known to wield a Tele, I plugged in a 2001 Fender Custom Shop 1963 NOS model. On the bridge pickup, the Custom added warmth that negated the pickup’s tendency toward shrillness. And countrified bends and chicken pickin’ sounded especially robust when emanating from the Custom.

Switching back to the ES-335, I came to respectfully disagree with Bruno’s characterization of the Custom as being primarily a lead amp. Triadic harmonies sounded plush and full-bodied, while more complex chords rang out in perfect agreement, with none of the murkiness sometimes encountered on lesser amps. For chord work, the Custom responded equally well to flatpicking and fingerpicking, arpeggios or block voicings. And the amp would willingly range from cutting to mellow, depending on pickup selection and how I manipulated the guitar’s tone and volume controls.

As the control set for the reverb section suggest, the Custom’s reverb is inspired by Fender’s legendary stand-alone units and their awesomely echoic sounds. Whereas a standard built-in reverb has only a level control, the Bruno has additional dials for adjusting reverb tone and duration. This lush reverb is perfect for adding anything from subtle depth to super-wet surf insanity—all without the noise often encountered in vintage units.

The Verdict
Tony Bruno’s Underground Custom may be an evolution of the Underground 30, but it has the potential to become just as lust-worthy on its own merits. It’s made from super-premium components, it’s all handwired, and it has an uncommonly solid build. While Bruno conceives of the Underground Custom as being voiced for lead work, the amp’s warm, lush sound lends itself to an impressive variety of contexts. If you have the dough, this amp can fill many roles and is capable of everything from biting Vox-like lead tones to spongier and cleaner Fender sounds. It’s built to last, too. Which is a good thing: Once you play through the Underground Custom, you may never let go.

Buy if…
you’re looking for a boutique, handwired tube amp with a powerful lead voice and gorgeous rhythm tones.
Skip if…
you’re a high-gain player, or only vintage will do, or you’re short on cash.
Rating… 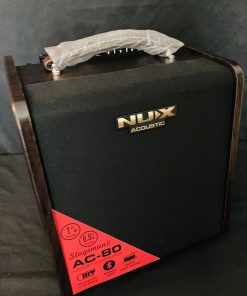 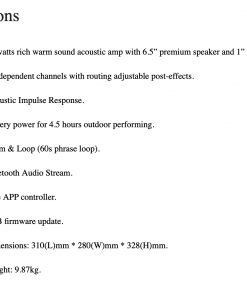 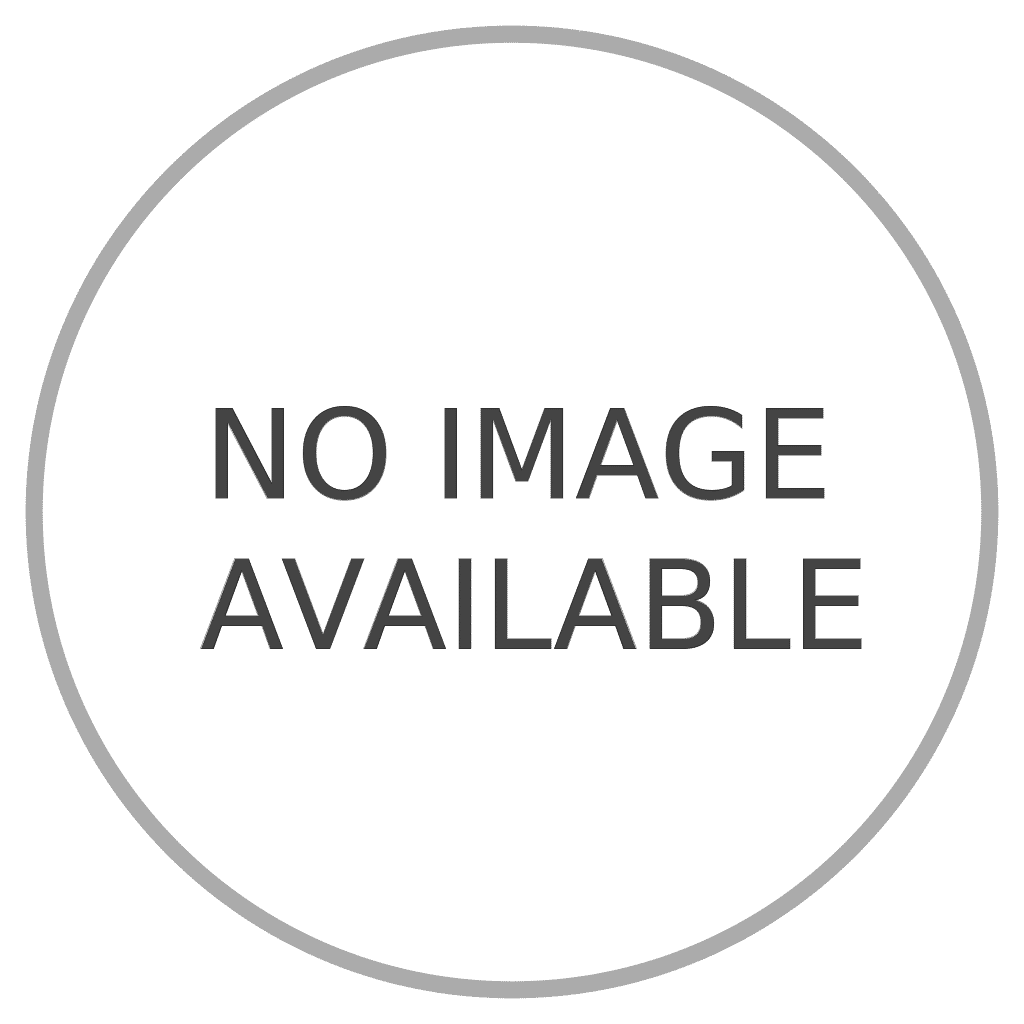 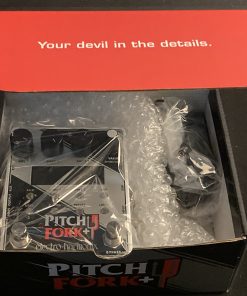 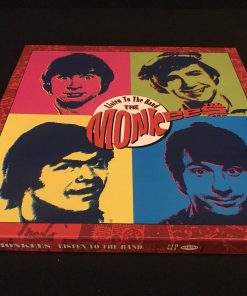 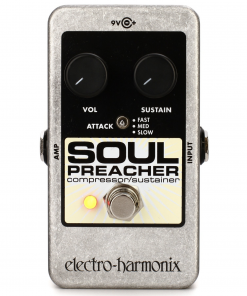 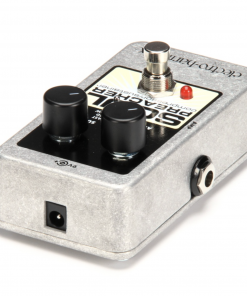 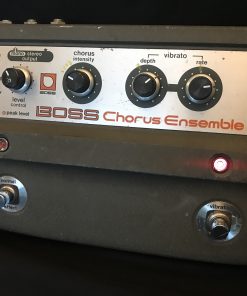 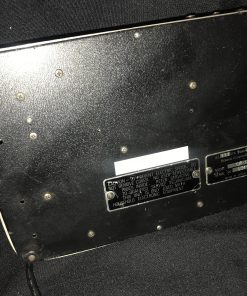